According to previous governmental statements, it was decided to assign Dar to be responsible for putting the master plan for the second stage of the New Administrative Capital, after receiving its technical and financial proposals. It’s worth to be noted that Dar is currently responsible for supervising numerous works in the NAC. This occurred based on the great experience Dar had acquired for nearly half a century.

The second stage of the NAC will be established in an area of 50 thousand feddans. It will include new development areas that were not included in the first stage, like clubhouses, playgrounds, sports arenas, and social zones, in addition to residential and leisure zones

Based on the Egyptian state’s intention to develop Southern Port Said, consultants from Dar have met the governor to present him with a full feasibility study and development plan that illustrates their vision to make the optimum use of this rich area.

This project will transfer this strategic area to occupy the position it deserves, it also creates new modern communities that attract tourism and diverse cultures.

As well, developing the Southern Port Said Area will market the Eastern area as an excellent center to receive huge international and local industrial entities.

A promising initiative was adopted by President Abdelfattah Elsisi, where he gave the green light to an important national project that covers the critical problems facing the citizens of the Egyptian villages.

In light of this initiative, Asyut’s governor met the sector director of Dar in Asyut to discuss the progress of the projects’ works related to the initiative to develop the Egyptian countryside. This meeting included all the details of these projects, the percentage of achievement, and performance rates.

It’s worth noting that the initiative aims to upgrade the way of living in the Egyptian countryside from all sides, socially and economically to face poverty, literacy, and illness. 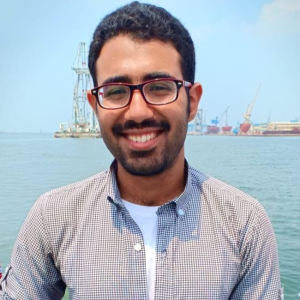 At Every Sector, Orascom’s Mark Is Easily Observed

ECG…Looking For Quality Locally and Globally

Looking Forward to a Green Egypt by 2030